The Cambridge University Tiddlywinks Club challenged Prince Philip to a winks competition once again in 1959, around a year after the highly publicized Goons vs. CUTwC match on 1 March 1958 that was so splendidly described by Guy Consterdine in Winks Rampant.

In 1959, Prince Philip nominated members of the Empress Club of London to compete against CUTwC.

The Empress Club at 35 Dover Street in Mayfair, London, England. 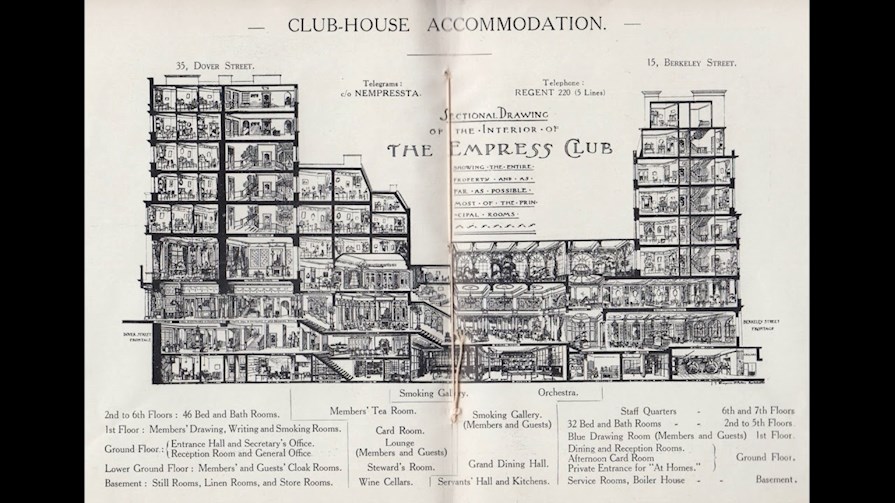 The following members of the Empress Club played in the match:

The following members of CUTwC played in the match:

Cambridge was reported to have won by a score of 88½ to 25½ for the Empress Club. Another report noted the result as Cambridge 15½, Empress Club ½.

While the general's team including LORD STRATHCARRON, LORD VALENTINE THYNEE, DENIS COMPTON, the EARL OF KIMBERLEY, and TERRY-THOMAS battled against a determined Cambridge, a cable arrived from the Royal yacht Britannia.

It was from PRINCE PHILIP—whose pet charity the Playing Fields Association got last night's proceeds.

I expect this contest to be played in the usual thoroughly unsportsmanlike manner of all great tiddlywinks matches.

"I chose the Empress Club as my champions because they are capable of an even dirtier game than the Goons.

"They had better win or I shall withdraw their winking licence."

The continual efforts to repeat the success of the Goons match came to fruition on 24th March 1959. Billed as the World Championship Tiddlywinks Match, Cambridge University (‘Champions of the Universe’) played the challengers, The Empress Club (nominated by Prince Philip). The latter celebrated team included Denis Compton, Terry-Thomas and three Lords, and was led by General Sir Hugh Stockwell. The fame of this match, which raised £496.11.6d for the NPFA, resounded round the world; thus a report of it appeared in a Western Australia newspaper, which added that ‘Tiddlywinks is the most upper-class of games in England. Its patron is the Duke of Edinburgh, and its players include the intellectual cream of the universities, titled young men, and the Goons.’ Yet this game, which Cambridge under Peter Downes won by a huge margin, didn’t create quite the same stir as the immortal Goons match.