The First Edition of this article was originally published in the American Game Collectors Association‘s Game Researchers’ Notes, Issue 24, October 1996, ISSN 1050-6608, with illustrations and content appearing on the cover, on pages 5552 to 5561, and also on the back cover. The AGCA is now known as the Association for Games & Puzzles International.

The First Edition of article was originally posted on the Internet on 3 May 1997, was updated on 2 April 1999, and then with updated images and links on 9 and 15 September 2006, plus a few more updates on 24 November 2006, and also on 13 July 2014. In June 2018, after the website transitioned to a new web hosting provider, all of the images in this article were replaced with higher resolution images, plus images were provided for additional games mentioned in the article. In 2020, additional updates were introduced to the online version of this article. In 2022, the online version was updated during a rehosting with new web authoring tools.

IN 2022, the article was substantially revamped and expanded into a web-based online book to reflect new research and insights. This Second Edition was posted on Tiddlywinks.org on 16 December 2022.

Rick Tucker and Fred Shapiro, both winkers (tiddlywinks players) and students who were graduated from the Massachusetts Institute of Technology, joined forces starting in 1978 to delve into uncovering and documenting the origins and history of the noble and royal game of tiddlywinks.

At the time, Fred Shapiro performed much of his research in Cambridge, Massachusetts while he was a student at the Harvard Law School. Fred, who had honed his research skills while a student at MIT, frequented Harvard’s extensive Widener Library during this time of research. Iona Opie brought to our attention J. A. Fincher’s trademark for TIDDLEDY-WINKS and Emily Lytton’s diary entry describing a raucous tiddlywinks party in England.

Rick, at the time living in the Washington, D.C. area, made numerous visits to the Library of Congress in this quest, even garnering a stack pass to examine books filed on the Library of Congress’s storage shelves behind the scenes, thereby streamlining the opportunity to find interesting and intriguing books that might reveal new insights about the history of tiddlywinks. Rick also performed research at the U.S. Patent and Trademark Office, where in addition to examining paper patents organized by patent classification in patent shoes and additional records available on microfilm, he visited Patent Examiner offices associated with the patent classifications linked to tiddlywinks to view non patent paper reference documents stored therein.

Fast forward. Nowadays, millions of historical documents are available on the Internet, digitally scanned with searchable text, sometimes for free and sometimes via paid subscriptions. New documents are added on a constant basis.

Rick Tucker started collecting tiddlywinks games in 1983, and joined the Association of Game Collectors of America (now the Association for Games & Puzzles International) in 1992 where he found camaraderie with fellow game collectors and researchers who over the years have been quite generous in sharing information about games.

The members of the Games Board, who are devoted on assembling and disseminating information regarding  the history of early British games, have also assisted Rick on the tiddlywinks front.

These resources and many more have been instrumental in collecting, understanding, preserving, and documenting the origins and evolution of the noble game of tiddlywinks.

One should make a serious study of a pastime.​

Attributed to Alexander the Great in • Joseph Strutt, The Sports and Pastimes of the People of England, 1801, title page

I’ve played tiddlywinks for 50 years, ever since I was temporarily housed in the MacGregor House dormitory at MIT on my eariiest day as a freshman and encountered (no pun intended) the local denizens on their hands and knees shooting winks across the carpet and down the stairs. (It really isn’t normally played on the floor, actually.) I was captivated at the congruence (technical term, sorry) of the ivory towers of MIT housing the noble sport of tiddlywinks, and amazed that MIT might, perhaps inadvertantly (but not always), lend credence to a sport enmired in such a mischievous stereotype. Tiddlywinks appealed to me because of its unique character, because it is almost universally known, and because it demands precise dexterous skills, while also requiring strategy and tactics, and also a measure of luck. But not chance!

And so, what follows is a definitive history of tiddlywinks games. There is a history in all men’s lives. [William Shakespeare, Henry IV, Part II, Act III, I, 80.]

I invite and expect to hear from game collectors and historians to help me add to, revise, and where necessary, fix errors in this history.

1 ❖ Setting the Stage • The Oft-Ridiculed Game 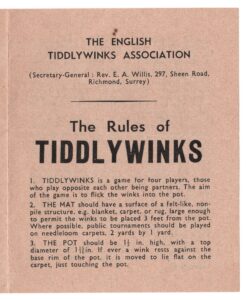 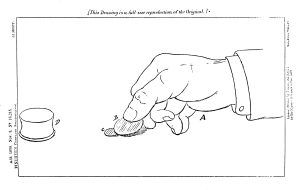 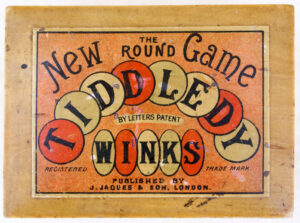 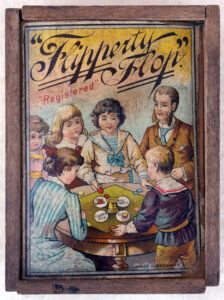 7 ❖ In the UK • Early Tiddledy Winks Competitors and Innovators 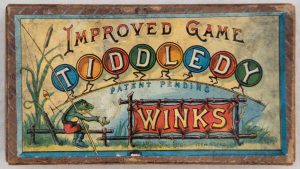 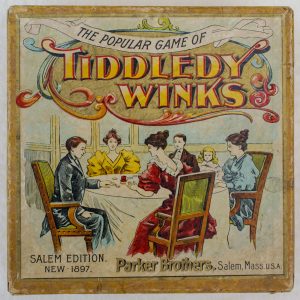 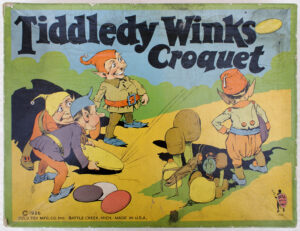 10 ❖ Tiddlywinks • A Barrage of Sports Simulations 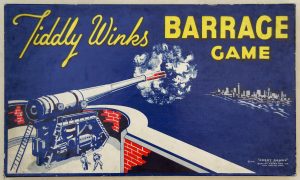 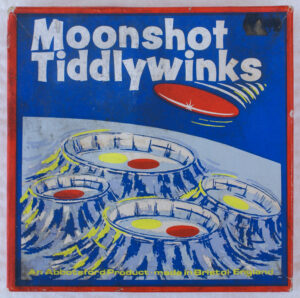 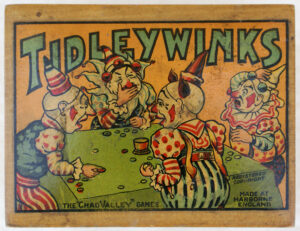 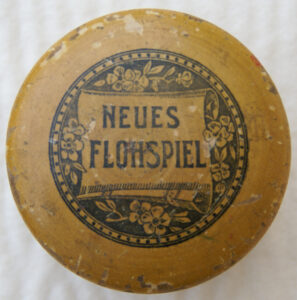 15 ❖ Tiddlywinks • in Round and Cylindrical Containers 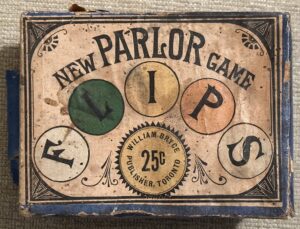 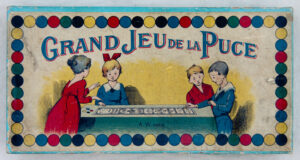 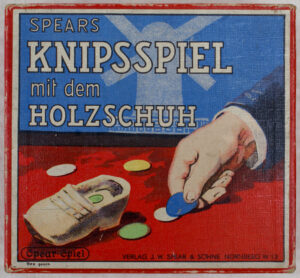 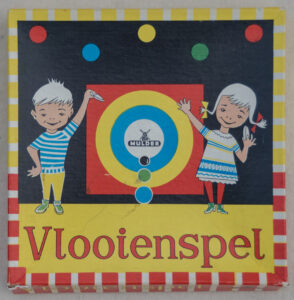 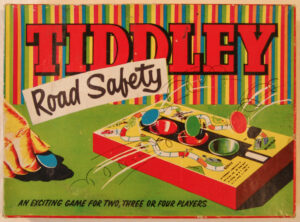 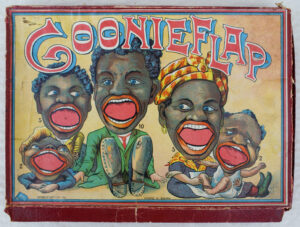 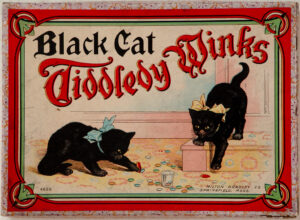 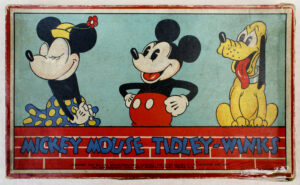 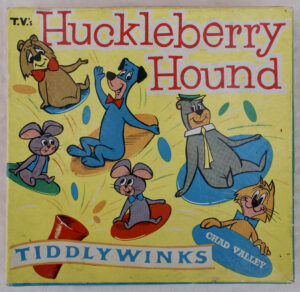 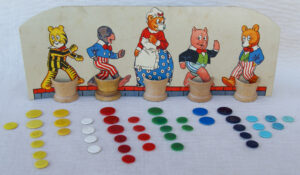 31 ❖ Tiddlywinks • with Other Cartoon Characters 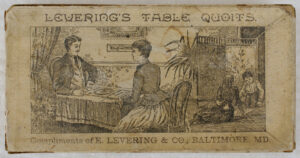 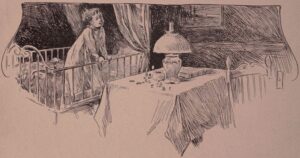 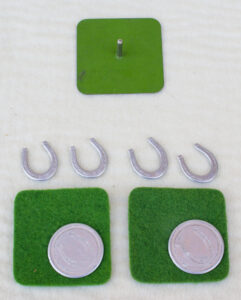